Samsung has a very broad portfolio of smartphones to offer across the entire smartphone price spectrum. But despite the offerings, the company does not always successfully capitalize on certain market segments due to tough competition in the lower segment by Chines OEM like Xiaomi, Realme, Vivo, etc.

Today Samsung has announced the new successor of the Samsung Galaxy M20 series of 2002 as Galaxy M21 in the lower budget segment and it replicates last year's Galaxy M20 smartphone with new state-of-the-art features.

The recently announced Galaxy M21 has some cool features like 48-megapixel triple rear cameras, a 20-megapixel front camera, and a massive 6,000 mAh battery. The phone will rival similarly priced Redmi and Realme phones that are priced at around Rs. 13,000 in the country. 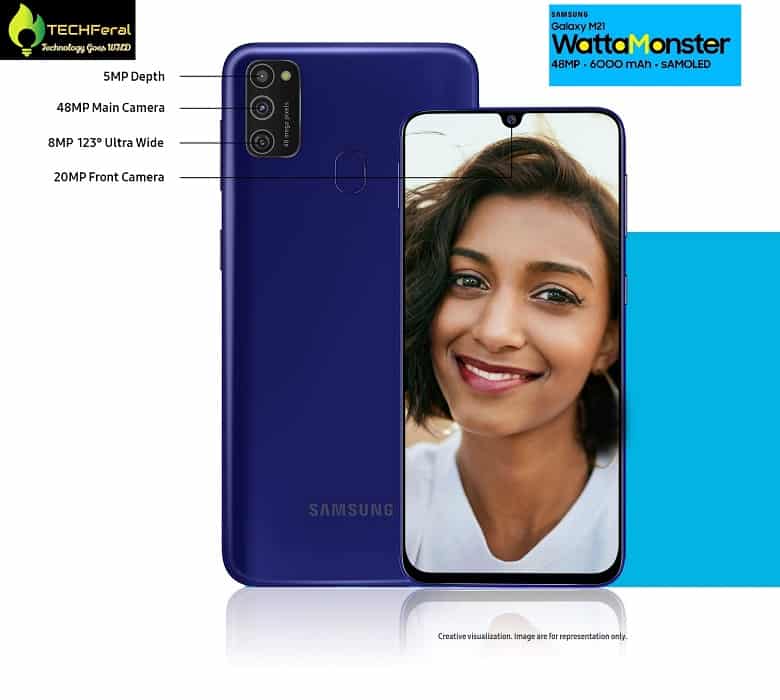 The Android 10 One UI 2.0 operating system comes pre-installed on the Galaxy M21. The smartphone is equipped with a 6.4-inch Super AMOLED Infinity-U display that offers a 19.5: 9 aspect ratio and Full HD + resolution. Widevine L1 certification will allow M21 users to enjoy streaming content. The phone consumes power from a 5,000 mAh battery. The device's retail package includes a 15W fast charger. 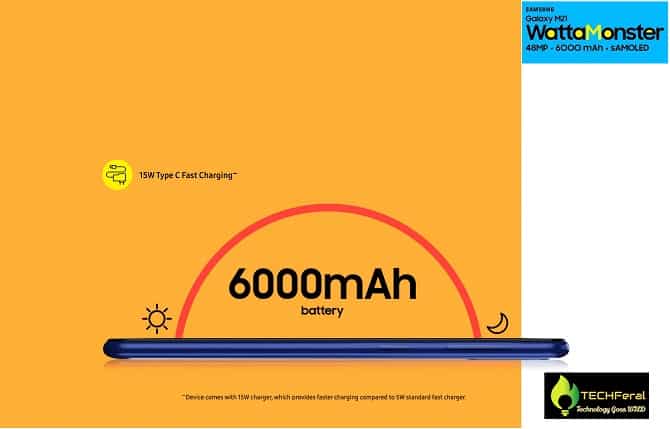 When it comes to photography, the Galaxy M21 offers users a triple camera setup at the rear and a 20-megapixel front shutter release. The rear camera module has a 48-megapixel primary lens, an 8-megapixel, 123-degree super-wide lens, and a 5-megapixel depth assist lens.

For security, the Galaxy M21 is equipped with a rear-facing fingerprint sensor and face to unlock. Common connectivity features such as dual SIM support, 4G VoLTE, dual-band Wi-Fi, Bluetooth 5.0, GPS, 3.5mm audio jack, and USB-C port are available on the M21. 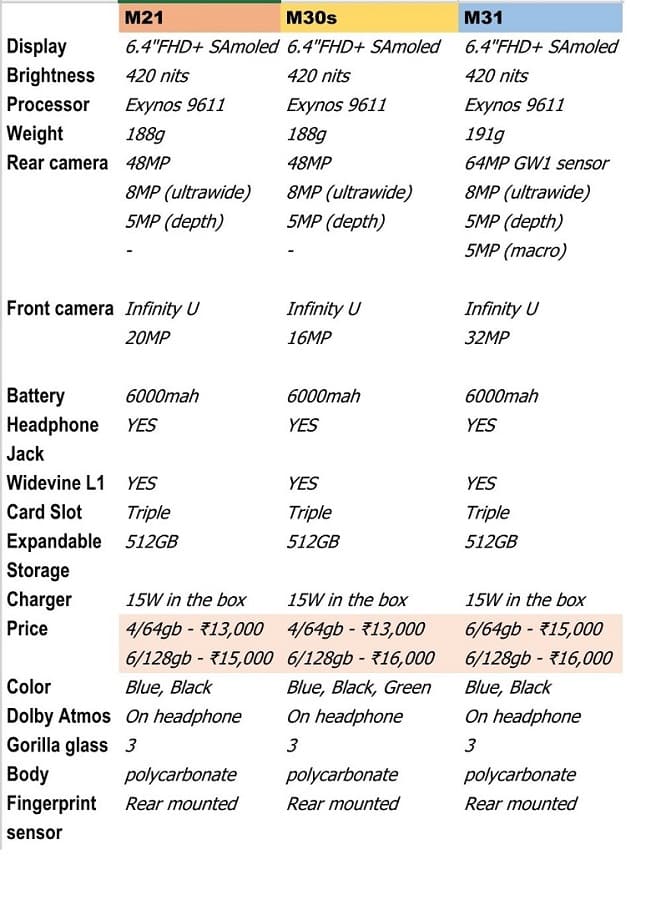 The Galaxy M21 will be available in Midnight Blue and Raven Black color variants. The company has not yet revealed the price of the higher version. Amazon India will hold the first sale of the phone on March 23. The phone will also be available from Samsung's online store. Phone sales will also take place at offline stores in India later.