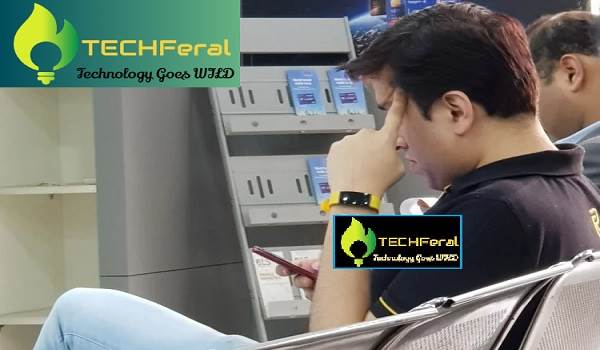 Realme Fitness Band spotted with a curved display in India:

Realme has teased his next fitness band for India market. Recently the company announced that it will finally launch the product in February 2020. Now, the Realme Fitness Band has been spotted with the CEO of Realme.

Previously, Realme had only made fun of his fitness band and had just revealed his yellow belt. According to the source, the company's fitness band was seen at the Spanish visa office in New Delhi, India, and was used by Madhav Sheth, the CEO of Realme India.

In the captured image, the fitness band can be seen with a similar yellow belt that had been teased before.

Looking at the image, the next Realme fitness band features a curved screen. Reportedly, it was first seen with its screen turned off, so it is unknown if it will be a color AMOLED panel or if it will use other screen technology.

In addition, rival fitness band alternatives such as the Honor Band series or the Mi Band series of Chinese tech giants such as Huawei and Xiaomi, respectively, in the wearable budget segment.