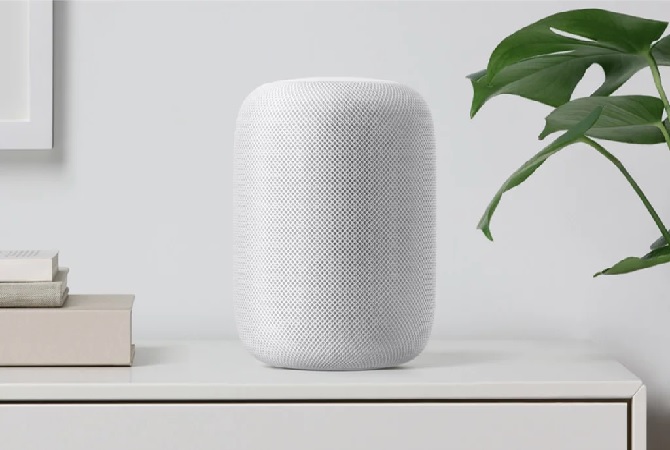 Apple has just revealed the prices/ cost of its Apple HomePod in India earlier today without disclosing the official launch date. However, according to a publication in IANS, Apple is expected to launch the product in India within the next two months. The IANS report mentions "Commercial sources" as an informant.

The smart speaker is currently available in quite a few global markets at a higher price compared to India. Since its inception, the Apple HomePod has been available in the United Kingdom, the United States and Australia in the first phase.

The home speaker weighs 2.5 kg and features a built-in high-excursion woofer, seven speaker-loaded tweeters, along with a custom amplifier. Each tweeter comes with its own amplifier, while the device contains six sets of microphones for better voice reception that helps Siri's voice recognition capabilities.

The basic hardware and smart speaker functionalities remain unchanged for India. Apple added support for Indian English in its latest iOS and iPadOS update. The HomePod works only within the Apple ecosystem. Therefore, users will need at least an iPhone 6S to operate the device.

Apple HomePod works with the iPhone SE and all the company's newest smartphones. The basic requirements of the iPad start with the iPad Pro and go to the iPad Mini 4.

The list also includes devices such as the fifth-generation iPad and the iPad Air 2 or later. All devices must be linked to a single Wi-Fi network and require an active Apple Music subscription.

The advanced functions of the HomePod include automatic bass correction, ambient audio beam formation, along with transparent dynamic processing at the studio level.

Users can also pair two HomePods by creating a stereo configuration. The device supports all major audio formats, while users can also play their playlist directly from their Apple devices.

The Apple HomePod can be authorized to take voice commands through Siri and control the functions of the smart home through Apple HomeKit. While users can control the HomePod using their iPhone or iPad, the device has a touch-sensitive surface at the top for audio playback and volume control.

Like a small wireless speaker, Apple's price tag of  $ 349 in the global and at INR 19,900 in the Indian market looks strong. Its quick setup, impressive bass and the far-field listening range "Hey, Siri" make it a decent centrepiece for a smart home. Its constant sound quality solidifies it as a great speaker for everyday use, as well as for entertaining on special occasions.

But Siri is still behind Alexa and Google Assistant. Apple's AI voice can't tell jokes, play games or turn on an Apple TV, or your favourite Netflix show. And forget about using it with Android devices.

If you and everyone else you live with have an Apple device and are sold for having an Apple smart home, it is worth checking out HomePod. It is also a reasonable option if you simply want a smart speaker with superior sound quality. Everyone else should wait to see if Apple opens support beyond the iPhone, and Apple Music so that other people can also take full advantage of HomePod.

The device was introduced in Canada, Germany and France later in June 2018. It arrived in Mexico and Spain next October of the same year. The Apple HomePod was launched in the US. At $ 399, which was revised to $ 299 in April 2019.

According to IANS, Apple's commercial sources in India suggest that the company should launch the device before the first week of March with a price of Rs. 19,990 (~ $ 279) which is much cheaper than its international price.

As per the official listing, Apple Homepod is available in India at available at INR 19,900 MRP.