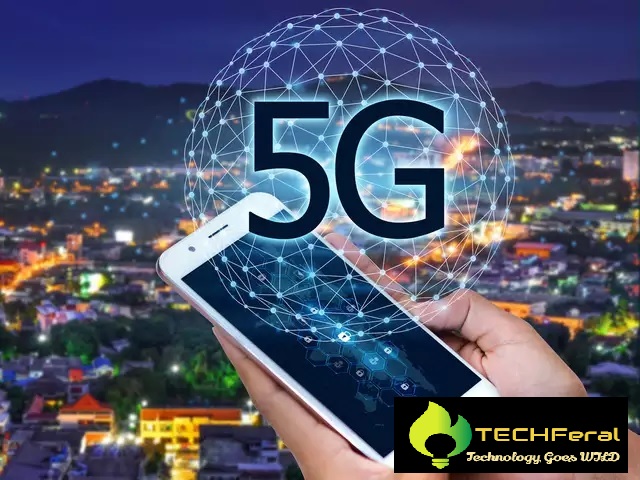 The launch of 5G in India: Huawei 5G trial

The launch of 5G in India is imminent as the Indian government has recently approved Chinese hardware manufacturer Huawei, including all other telecommunications equipment manufacturers, to participate in the testing of next-generation 5G networks in India.

“The age of 5G is approaching. We are working together on all this. We have made the decision of the 5G spectrum to test all players, ”said Minister of Electronics and Information Technology, Ravi Shankar Prasad, by launching the Central Team Identity Registry to facilitate the blocking and tracking of stolen mobile phones or lost in Delhi. “5G is future, it is speed. We will encourage new innovations in it, ”he added.

Huawei India CEO Jay Chen had expressed his desire to reach an agreement with the Indian government for the launch of 5G networks.

In October, Huwaei had threatened not to make further investments in its operation in India if he was denied the approval of a 5G network test.

The United States has been pressuring its allies and friendly countries, including India, to ban Huawei 5G deployments, signaling security concerns and citing the company's supposed proximity to the Chinese government. China, for its part, warned India of the economic consequences if Huawei were excluded from the development and deployment of 5G.

Countries like Australia, New Zealand, Japan, and Taiwan, in addition to the USA, keep Huawei out of 5G implementations, while others, such as France, Holland.

Why is 5G seen as a game-changer for India?

5G is just around the corner and there is a growing euphoria among telecommunications service providers (TSP), the TMT ecosystem and the consumer community in general in the face of the vast opportunities that 5G will bring. The launch of 5G-enabled technologies is expected to be transformative in telecommunications companies and other industries by unlocking several new disruptive technologies. The global investment in the 5G industrial chain during 2020-2035 is likely to reach the US $ 3.5 billion.

Current policies establish instructions to lay the foundations of the 5G ecosystem with the objective of:
• Improve the contribution of the digital communication sector to 8% of India's GDP.
• Boost India to the top 50 nations in the ITU ICT development index
• Overview of policies to direct the growth of the digital revolution - National Digital Communication Policy (NDCP) 2018 with the objective of an investment of US $ 100 billion in the sector and guarantee a broadband coverage at 50 Mbps for each citizen, Cloud Computing policy project, Electronic Development Fund (EDF), national manufacturing policy and preferential market access (PMA)

Through the creation of partnerships, investments in R&D and network tests, the industry-specific service requirements that will require high-speed data communication, low latency and mass connectivity are currently being evaluated. 5G is being seen as a likely game-changer for India, with the potential to create an economic impact of more than US $ 1 billion by 2035.

The key areas to focus on 5G network will include:
• Reasonable spectrum prices and rapid spectrum allocation.
• The policy framework that allows ample fiber and incentive to share fiber networks.
• Boosting "Make in India" manufacturing for 5G equipment and phones
• Customized 5G use cases and applications enabled through active trials
• Indigenous technological advances through R&D and development of IPR for standards, technology, spectrum and security.
• Public-private partnerships for broadband growth and penetration, 5G testing and testing, network densification, among others.

To know more about - Health risks of 5G, How Worried Should You Be About 5G radiations?

Higher frequency 5G networks will require deeper densification of the networks.  Eighty percent of India's current mobile network travels by radio compared to that of the United States and China with 20 percent. Therefore, it would be imperative that investment and government policies support fiber densification to obtain maximum benefits from technology.

The Government is very interested in promoting the 5G commercial launch in India and improving the national broadband footprint. With the support of existing talent throughout the TMT industry, India has the opportunity to mature its ICT portfolio and unlock mega monetization opportunities.

Finally, the benefits that 5G will bring to society in the next decade are truly revolutionary. In addition to the accelerated speeds that regular consumers will see, establishing the infrastructure for 5G will allow intelligent technologies that change civilization and a virtually unlimited number of device connections.

Next Topic:OnePlus  SmartWatch India Launch COULD ARRIVE WITH THE ONEPLUS 8