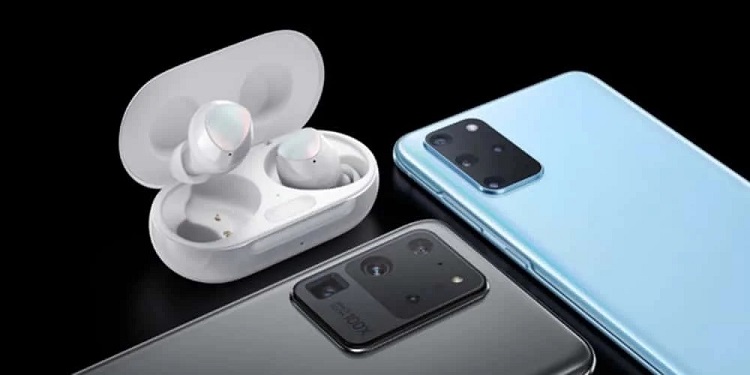 It is only two days away from officially knowing Samsung's Galaxy S20 series and the company's newest folding smartphone, the Galaxy Z Flip. However, these smartphones are not everything, as the company will also launch new truly wireless headphones in the form of Galaxy Buds +. It's easy to forget about them if you don't like wireless headphones, however, new audibles have constantly leaked in recent weeks.

According to leaks and reports, we will see new headphones that are virtually identical to 2019 models. However, it will come with a substantial and better battery boost. In addition to the practical video, there are also some good shots of the shoots from different angles.

Apparently, some European retailers actually sold him the Galaxy Buds + before. Or at least this specific unit. This is something that has happened in the past, regardless of the company or the product. However, you can take this as Samsung's latest advancement of Galaxy Buds + before launch.

It is worth noting that they will also be more expensive, at least $ 20 more, with a retail price of $ 150. Unfortunately, the new earphones do not come with the active noise canceling function, so they are losing with Apple AirPods Pro, at least in this category.

A reputable industry leader managed to get a real pair of Buds +. You can see the final result through a short unpacking video with initial impressions and a quick summary of functions.

According to reports, Samsung will offer Galaxy Buds + free for those who book Galaxy S20 smartphones in some regions. It is a good deal if we consider the final price of this product. We will know all about these new headphones in just two days, so stay tuned for more information about them.