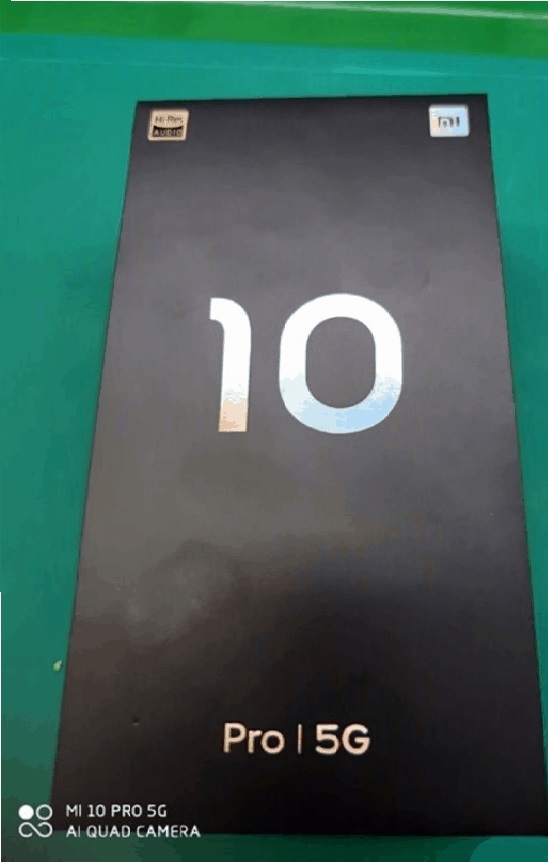 After Lu Weibing's previous announcement of the Xiaomi Mi 10 series, we now have the first real images of the Xiaomi Mi 10 series. The images are consistent with the previous exposure: the front and the back use curved surfaces. According to recent exhibitions at Weibo, the real image of Xiaomi Mi 10 Pro shows that it uses a four-curve design. Interestingly, the curvature is relatively high. In addition, it has a really thin bottom bezel. Unfortunately, the image does not clearly show other features.

Although the image is a bit blurry, we can see that the upper left corner of this phone houses the perforated camera. According to reports, the Xiaomi Mi 10 Pro will come with a Qualcomm Snapdragon 865 SoC. In addition, the screen of this smartphone can use an update frequency of up to 120Hz. However, it seems that the popular update frequency of 90Hz is more feasible.

Another selling point of this smartphone is its 108MP main camera in its quad rear camera configuration. This is not the first time that Xiaomi will use this sensor. Remember that the Xiaomi CC9 Pro / Xiaomi Mi Note 10 also comes with this camera. According to the 3C certification information, the new Xiaomi 5G, M2001J1E and M2001J1C models support a fast charge of up to 66W. However, from recent images, we can see that this smartphone comes with a 65W charger.

According to media reports, the Mi 10 Pro will begin presale on February 13 and will be on sale on February 18. As a result of the new Coronavirus (2019-nCoV) that is currently devastating parts of China, the Xiaomi Mi 10 The launch of the series will remain online.

As promising as this smartphone is, there could be mixed feelings from Internet users as usual. However, many Xiaomi fans are optimistic and the company generally does not disappoint. What do you think about the next Xiaomi Mi 10 series? Let us know your thoughts in the comments below.