Xiaomi Redmi K20 and Mi A3 series get massive price cuts in India. 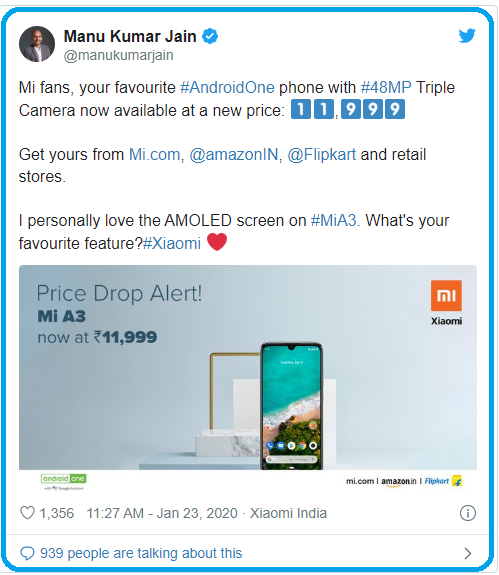 Xiaomi Redmi K20 and Mi A3 series get massive price cuts in India.

Get yours from https://t.co/lzFXOcGyGQ, @amazonIN, @Flipkart and retail stores. 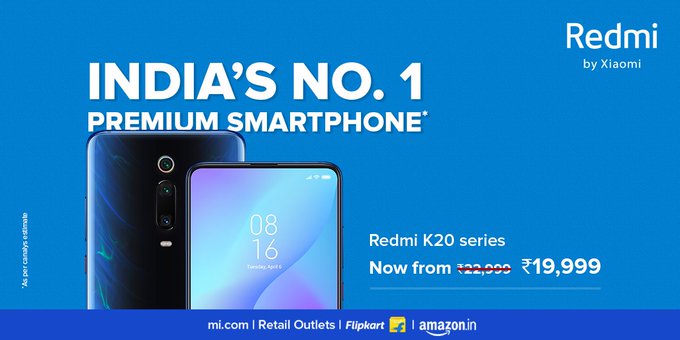 The Mi A3 is not the only phone that has received a permanent price cut in India, Manu Kumar Jain also announced that the flagship Redmi K20 Pro and his brother, the Redmi K20, also have new price tags.

The Mi A3 is a mid-range Android One device with an AMOLED HD + 6.08 ”display, a Snapdragon 665 processor, 48MP rear triple cameras, Corning Gorilla Glass 5 on both sides, a fingerprint scanner on the display and a 4030mAh battery with 18W fast charge. Xiaomi has assured that it will be updated to Android 10 next month.

The Redmi K20 and the Redmi K20 Pro have a 6.39-inch AMOLED FHD + screen, a 20MP pop-up selfie camera, 48MP rear triple cameras, a 4000mAh battery, liquid cooling and a fingerprint scanner on the screen. The Pro version has a Snapdragon 855 processor that feeds it and supports a fast charge of 27W, while the standard model has a Snapdragon 730 chipset and supports a fast charge of 18W.