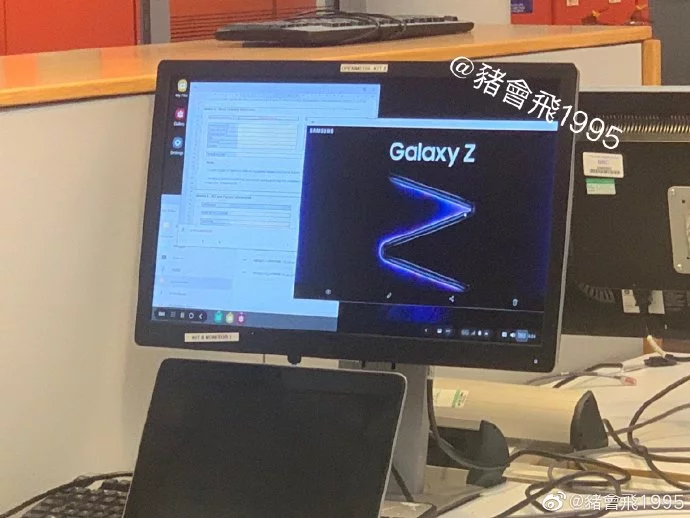 Samsung aims to sell 6 million folding phones in 2020. To achieve this, the company will start with the sales of the folding Galaxy Z Flip folding phone. The phone is expected to make its debut on February 11, and could arrive as Samsung's first Snapdragon 855+ phone. To achieve its goal of selling 6 million folding smartphones, you should launch a new folding phone with flagship specifications. Probably, this device could come as the successor to the Galaxy Fold that debuted last year. Max Weinbach of XDA Developers has shared speculated specifications about the true successor of the Galaxy Fold that will probably be launched in the second quarter of this year.

Many details of the upcoming Galaxy S20 and Galaxy Z Flip series are known. Weinbach shared a good part of the leaked information. According to information that appeared on the sites of South Korea and Bloomberg, it has shared key specifications of the next-generation Galaxy Fold tablet.

The successor to the Galaxy Fold could be a 5G device powered by the Snapdragon 865 mobile platform. The device could be equipped with an 8-inch screen with ultra-thin glass that will be seen for the first time on the next Galaxy Z Flip folding phone. The alleged Galaxy Fold 2 could come with a 108 megapixel main lens. It could be accompanied by an S Pen stylus. It remains to be seen if it ends up as a non-Note phone series to arrive with S Pen.

In related news, Samsung is said to be working on a Z-Series triple folding phone. The design of the device was recently seen in a leak photo that appeared on Weibo. The filtered image revealed that it could be equipped with double hinges to fold and unfold in zigzag. If the device really exists, Samsung can pack it with premium specifications. The South Korean firm is currently focusing on the Galaxy S20 and Galaxy Z Flip series. Therefore, more details about the next folding phone are likely to be revealed after the market launch of the S20 and Z Flip. Until then, readers are advised to digest the leak of the Galaxy Fold's successor with a grain of salt.