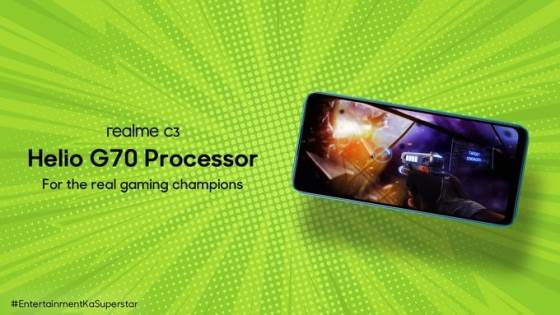 Some of you guys figured it out already!

We are introducing World’s first Helio G70 processor with #realmeC3!
Get ready for a better and smoother experience.
Launching on 6th Feb at 12:30 PM. #EntertainmentKaSuperstar. pic.twitter.com/XajSCdXgZy

The C series of Realme has more than 10.2 million users worldwide. The Realme C2s was the last model released in this series in Thailand, but the C3 series will be the true successor of last year’s C2 line. We expect two models from the series, the Realme C3 and the C3.

The C3s model has already passed several certification websites such as Thailand’s NBTC and US FCC. With the model number RMX2020. The two models are likely to differ only in terms of RAM and storage. 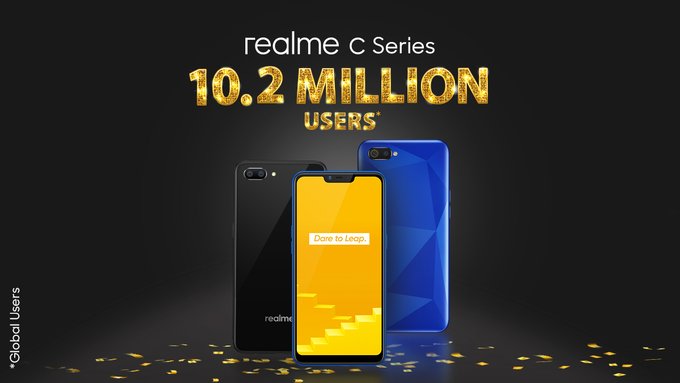 According to the official Flipkart list, the Realme C3 will arrive in two variants of 3 GB of RAM + 32 GB of storage and 4 GB of RAM + 64 GB of storage. This is already an update on Realme C2, considering that the C2 base variant only offered 2GB of RAM.

The Realme C3 will also have a 6.5-inch screen covered with Corning Gorilla Glass with a mini drop notch with a screen-to-body ratio of 89.8 percent. We also expect the device to have an HD + resolution. The phone is expected to work with Android 9 Pie with ColorOS 6 Skin.

In terms of optics, the Realme C3 has a dual camera configuration with a 12 megapixel primary sensor at the helm. It has not really provided details about the second sensor, but it will probably be a depth sensor. The poster also confirms that the camera settings will support features such as Chroma Boost, Slow-motion Video and Panorama Selfie and you will also get an HDR mode.

The C3 will also get a larger battery of 5,000 mAh compared to the 4,000 capacity of its predecessor. Realme states that the phone will offer 30 days of standby time, 10.6 hours of PUBG Mobile playback, 43.9 hours of talk time, 20.8 hours of YouTube streaming and 19.4 music streaming.

The Realme C3 will adopt the recently announced SoC MediaTek Helio G70, which is a major update of the P22 chipset in its predecessor. The MediaTek G70 debuted in early January as a basic level gaming chipset. Since Realme C2 starts from Rs 5,999, we believe that C3 will not exceed Rs 7,000.