Health risks of 5G, How Worried Should You Be About 5G radiations? 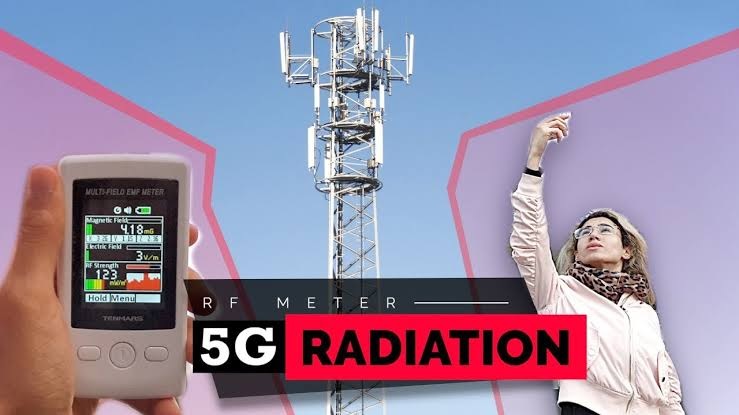 The world is on the verge of getting 5G technologies and its services on their door, the next generation of cellular technology is imminent. And with this, there is concern about the health risks of 5G,  this new and more powerful network. How worried should I be about the next 5G Health Apocalypse?.

By now, you may have seen articles on Facebook or alternative health websites. The essence, 5G is a dangerous escalation of traditional cellular technology, one full of higher energy radiation that offers potential harmful effects on humans.

Some 5G experts argue that the new network generates radiofrequency radiation that can damage DNA and cause cancer; cause oxidative damage that can cause premature aging; interrupt cell metabolism; and potentially lead to other diseases through the generation of stress proteins. Some articles cite research studies and opinions of renowned organizations such as the World Health Organization.

Sounds worrying, but let's take a look at real science Health risks of 5g, How Worried Should You Be About 5G radiations?

According to ITU guidelines, 5G network speeds should have a peak data rate of 20 Gb/s for the downlink and 10 Gb/s for the uplink. Latency in a 5G network could get as low as 4 milliseconds in a mobile scenario and can be as low as 1 millisecond in Ultra-Reliable Low Latency Communication scenarios. In the 5G network, latency will be reduced from 30 ms to approximately 1 ms, ideal for the transmission of video games, VR & AR appl., online video, and Internet of things, which anticipates 5G to connect sensors, computers and other devices with ultra-low latency.

How dangerous is 5G radiation?

The root of all concerns about cell phone networks is radiofrequency radiation (RFR). RFR is anything emitted in the electromagnetic spectrum, from microwaves to X-rays, radio waves, light from your monitor or sunlight.

Scientists say that the most important criterion on whether a particular RFR is dangerous is whether it belongs to the category of ionizing or non-ionizing radiation. Simply put, any radiation that is not ionizing is too weak to break chemical bonds. That includes ultraviolet, visible light, infrared and everything with a lower frequency, such as radio waves. Everyday technologies such as power lines, FM radio and Wi-Fi are also included in this range.

(Microwaves are the only exception: non-ionizing but capable of damaging tissues, they are precisely and intentionally adjusted to resonate with water molecules.) Frequencies above UV rays, such as X-rays and gamma rays, are ionizing.

Dr. Steve Novella, an assistant professor of neurology at Yale and editor of Science-Based Medicine, understands that people generally care about radiation. “Using the term radiation is misleading because people think of nuclear weapons, they think of ionizing radiation that can cause damage. It can kill cells. It can cause mutations in the DNA. "But since non-ionizing radiation does not cause damage to DNA or tissues, Novella says the biggest concern about the RFR of cell phones is out of place." There is no known mechanism to that most forms of non-ionizing radiation have a biological effect, "he says.Or, in the less refined but more visceral words of author C. Stuart Hardwick, "radiation is not a magical death."

are studies on Health risks of 5g and it's concerning enough to ban 5G?

Researchers continue to conduct studies on Health risks of 5G radiation. A recent study was published by the National Toxicology Program (NTP), an agency run by the Department of Health and Human Services. In this widely cited study on radiofrequency radiation from cell phones, scientists discovered that high exposure to 3G RFR caused some cases of cancerous cardiac tumors, brain tumors and adrenal gland tumors of male rats.

The study is a good objective lesson about how difficult it is to do science like this. As RealClearScience points out, the number of tumors detected was so small that they could have statistically occurred by chance (which may be more likely since they were only detected in male subjects). In addition, the level and duration of RFR exposure were much higher than any real human would be exposed, and in fact, irradiated test rats lived longer than unexposed control rats. Dr. Novella says: "Experienced researchers look at a study like that and say they really don't tell us anything."

In July 2019, the New York Times wrote an article explaining how an influential study from the year 2000, which determined that wireless technology carried a high chance of causing negative health effects in humans, made a scientific error by failing to study the protective benefits of human skin. The article claimed that many of the alleged health concerns around 5G and other wireless technologies in humans have not been scientifically proven. While, the US FCC and nearly all other regulators claim 5G radiation will have no significant health effects.

But for now, everything we know about 5G networks tells us there is no reason to be alarmed. After all, there are many technologies that we use every day with a substantially higher measurable risk. And as Dr. Novella says, “with 5G the danger is low, but not zero, and the real risk seems to be zero. We haven't detected any signals in the real world. "

Finally, the benefits that 5G will bring to society in the next decade are truly revolutionary. In addition to the accelerated speeds that regular consumers will see, establishing the infrastructure for 5G will allow intelligent technologies that change civilization and a virtually unlimited number of device connections

Next Topic:OnePlus   SmartWatch India Launch Could Arrive With The ONEPLUS 8