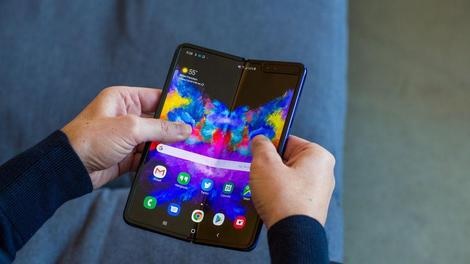 The new hinge mechanism is being implemented to address a fundamental problem that affects smartphones with a folding screen, that is, wrinkles. Examples of this would be Samsung Galaxy Fold and Huawei Mate X.These phones are successful in the implementation of the screen, but still suffer from the problem of folding. However, as Apple file patents for foldable smartphone ,the new hinge mechanism detailed by Apple seeks to avoid this completely.

From the leaked images, it can be seen that the hinge is not a centralized and singular mechanism. The images detail its operation and movement that combines both halves of the screen through a double mobile mechanism.

Foldable smartphones point to a niche market of smartphone enthusiasts. As it stands now, phones are not commercially viable for a wider audience and market. But, innovation and further development could lead to the adoption of some unique and affordable designs in the future. Apple also seems to be investigating the design, considering that this is not its first folding smartphone patent.

However, it is still early for folding smartphones, with plenty of room for innovation. Apple has certainly shown interest in the category with several patents for folding devices and mechanisms in recent years, but it remains to be seen if the company ever launches a folding iPhone or iPad.